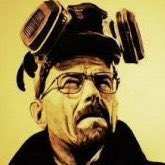 My concern with the UK are the millions and millions of people who have been bribed to stay put in front of daytime TV instead of going out and robbing us muppets who work and pay tax. What will these

I'm out of toilet roll and having to use lettuce leaves.....it's the tip of the iceberg.