Would you pay more for British made? Buy British Campaign 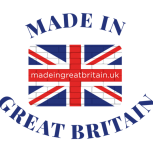 By Made in Great Britain,
June 23 in Off Topic

It was a terrible decision. That was the day that M&S threw away their USP which had served them brilliantly through the years. It wasn't quite a Ratner moment but they slipped from thei

depends. a lot of british companies are anti-white woke central.   id rather buy from the local polish shop than tesco.

My PS4 came from a local craftsman and I only drink traditional British beverages like Pepsi.