By sarahbell,
August 16 in Off Topic

Are you susposed to know in advance when you're going to have an accidents and book an A&E appointment accordingly? The NHS is shit. Not fit for purpose. Like someone said above, this is 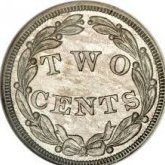 I had to have emergency kidney stone surgery a few years back. Walked (hobbled) to A&E after the attack. If they're asking you to phone, that's basically just a licence for them to ignor