I have problems with agencies that reject me for jobs I can do with my eyes closed, just because I don't have a degree or I lack a very specific skill (which I could easily learn), with these I know i

I have no problem with a legitimately tight jobs market I do have a problem with the gleeful destruction of jobs, and the bizarre sycophantic adulation still heaped upon the governments fear proj 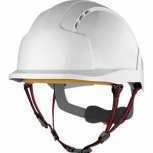 It's weird in a way that we assume that over a certain age, you just have to have the skills already. I could train people up to do several jobs in my industry in 2-3 months, no matter their age.