I once fucked up a git commit of mine and pushed the wrong AWS key to a public git home. Literally 5 minutes later I get alarm bells from amazon. Every possible instance my account was allowed over th 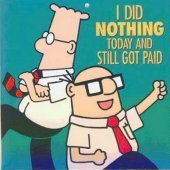 bit more info, the hackers gained access to the solarwinds update server, the password was solarwinds123. But there was 2FA enabled, which the hackers also needed to exploit. once in, they embedd