By Dave Bloke,
January 30 in Off Topic 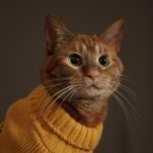 I watched every episode of Tomorrow's World in the 80s and they never mentioned this.

What’s the world come to when you can’t wile away a quiet Saturday evening with your knob in an internet connected chastity device  without some hacker spoiling it.