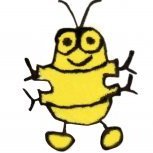 So having tried a portable air conditioner which was pretty useless as it seemed to heat up the air around the exhaust pipe almost as much as it was cooling the internal air I was looking into buying and fitting myself something like this: https://www.cooleasy.co.uk/2-6kw-comfee-easy-fit-wall-mounted-system.html

These units are pre-gassed and apparently all you do is connect up the pipes and bleed the air out, vs like £500 additional cost to get a normal unit installed by an engineer.

Anyone any experience with this sort of thing ?

7 answers to this question