A third jab is needed because the first 2 haven't worked?

By Democorruptcy,
August 4 in COVID-1984

It would focus minds somewhat if everyone was told on vaccination: This is your 4-month social pass.  You'll need to keep coming back for it to be updated to go to <anywhere> But if th 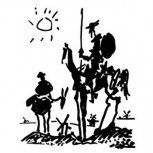 A tremendous # on the lung

I know what you're thinking. "Did he have 3 shots or only 2?" Well to tell you the truth in all this excitement I kinda lost track myself.