Will the Big Kahuna event occur in 2022? 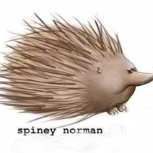 I honestly no longer worry about it, I put regular money into what I think are reputable, good companies (or funds) and leave it at that. My conclusion is nobody has a fucking clue so just drip it in

I've sold my house recently, and was about to plunge cash stash and proceeds in to a new detached place. Instead i've opted for a (decent enough) semi, and held on to Delingpoles "fuck off money"