Or that's the canary singing because it's reminiscent of the "can't lose" attitude that saw Grant Bovey's BTL "empire" go pop in 2009. With those housing assets you need a return that exceeds you 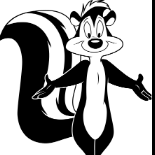 When The Mail on Sunday challenged Mr Bovey about the financial stability of Imagine Homes a year ago, he replied: 'I am sitting in our £5m chateau in Megeve in the Alps. I will sue anyone who says th