Speed limit to be lowered to 20mph in Wales 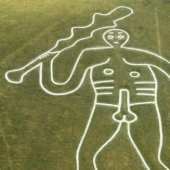 By Big Boy,
July 12 in Motoring