nope they will be converted into flats.. we don't need jobs just housing ponzi and mcdonalds delivery and benefits

They don't know who they want to be, so spend all their time alternating between their core demographic (who are less in number every year) and trying to get exciting new customers (who don't actually 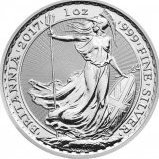 Except for Debenhams, the number of staff will still be greater than the number of customers at any one time! The footfall at the Cardiff store is so low. The Welsh Govt should have just backed itself