Ruined property tycoon, 63, goes on a hunger strike against bank for £10million 'mis-sold' loan after being evicted and made bankrupt 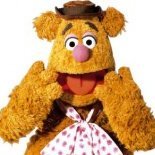