They understand the rules of the game. Trust your children and pass down money well in advance of one’s death. The best way of avoiding inheritance tax is to be below the inheritance tax threshold by 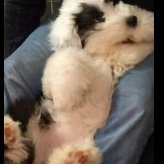 The kids go to the best schools because the grandparents pay for it. This is a great way to avoid inheritance tax. Very, very few parents actually pay their own kids school fees. Trust me on